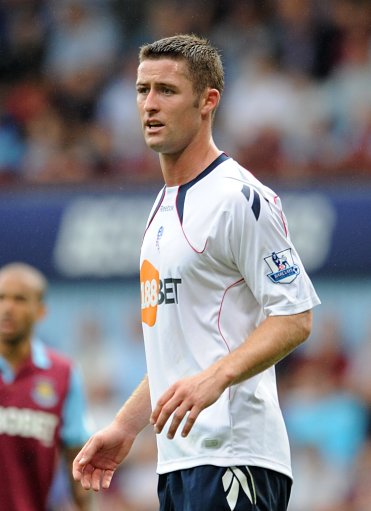 ‘Twas fairly inevitable that, after losing defensive mainstay Jamie Carragher for three months yesterday, Liverpool would find themselves linked with replacement centre-backs hither and thither until January – and the Daily Star, perpetual front-runners in their field, have been first off the mark.

The rag are reporting this morning that the Reds are ready to sidle in amongst the four-strong pack that is currently chasing the signature of Bolton’s £15 million-rated centre-back Gary Cahill – and are putting together a £10 million January bid with which they hope to test the Trotters resolve (considering their ominous debts) come the turn of the year.

Arsenal, Manchester United, Tottenham and Chelsea are all mooted to be touting for Cahill’s services, but the Star are adamant that Liverpool will be able to steal a march on their rivals with an early cash offer.