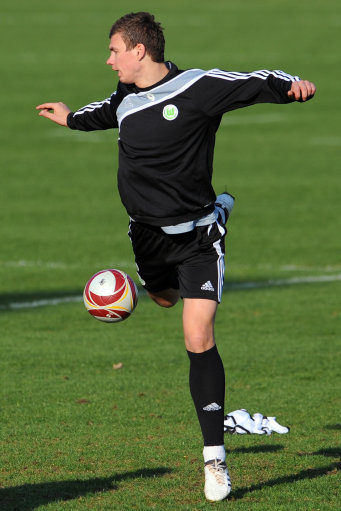 Bring on the dancing horses

True, he’s a perfectly decent forward with a fair old goal record in the German league to boot – but I’m sorry, not never no how has Wolfsburg striker Edin Dzeko ever been worth €40 million.

That said, Wolfsburg have once again reiterated that the Bosnian international will not be allowed to leave the Volkswagen Arena for a penny less than £33.8595592 million, after catching wind of Real Madrid reportedly putting their collective heads above the parapet last week.

Dzeko has been repeatedly linked with all and sundry (most notably AC Milan, Chelsea and Manchester’s United and City) since finishing up as top scorer in the Bundesliga last season, but Wolfsburg sporting director Dieter Hoeness is adamant that the club will only let the 24-year-old leave if their massively inflated valuation is met – telling AS:

“The price is not a secret, Dzeko is €40 million. There are many teams interested in Dzeko.

“We have not received any call from Madrid. I myself met (Real president) Florentino Perez and (director general) Jorge Valdano when I went to the Bernabeu to see Real Madrid play AC Milan and it was never mentioned.