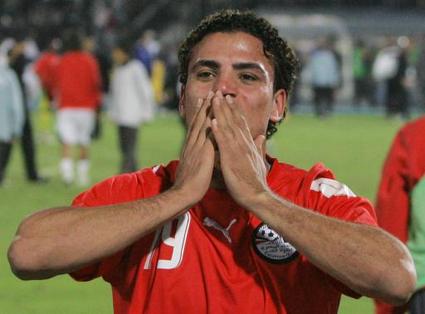 Steve Bruce claims to have signed the best striker in the world, on loan for Â£1m.
Find out the identity of this world-class star after the jump…

The No.1 striker in the world is… drum roll… Amr Zaki, a 25-year-old Egyptian forward.
“According to FIFA statistics, Zaki is rated No 1 in the world,” said Bruce, clearly delusional after a bang on the head.
“He’s scored better than one in two for his country and Egypt won the Africa Cup of Nations. He’s a big star out there – I hope he can be for us.”
To be fair to Brucey, Zaki has scored 27 goals in 48 appearances for Egypt. I saw him in action at this year’s Africa Cup of Nations and he did look sharp. But for FIFA to rank him No.1 just exposes how much bullcrap FIFA spout.