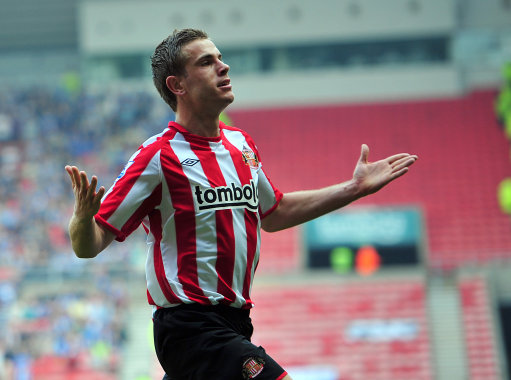 Just a quickie to start the day with the news that, first thing this morning Liverpool have had a bid for Sunderland midfielder Jordan Henderson accepted, with those fine folk over at the Press Association reporting that the deal is worth somewhere in the region of £20 million – £16 million in cold, hard cash and a David N’Gog thrown in for good measure.

“A fee has been agreed with Liverpool for Jordan Henderson and he travels to Anfield today with the club’s blessing.”

Still seems like an awful lot of money for a player Liverpool don’t really need to us, though the fact that King Kenneth is willing to ditch N’Gog may hint at the possibility of a shiny new striker washing up at Anfield before August is out – young Connor Wickham perhaps?

Any thoughts on the Henderson deal peeps?