Giorgio Chinaglia, one of the most idiosyncratic footballers of all time and a member of the New York Cosmos’ glittering late 1970s NASL line-up, was found dead at his house in Flordia yesterday morning after apparently suffering complications following heart surgery. He was 65.

He grew up in Wales, was told he’d never make it as a pro by Swansea Town, won the Scudetto with Lazio in 1974, was nicknamed ‘Long John’ for looking a bit like a pirate, found himself banned for eight months for attacking a referee with an umbrella, released a single called ‘(I’m) Football Crazy’, finished top goal-scorer in the NASL in 1976 and 1978, made Pele cry, insisted on always wearing a silk dressing gown in the dressing room, drove around New York with a pistol in his glove compartment, had warrants issued for his arrest due to extortion allegations, always referred to himself in the third person without fail and, legend has it, whispered his name every time he dribbled past an opponent.

In short, he was the Zlatan of his time – only slightly more self-involved… 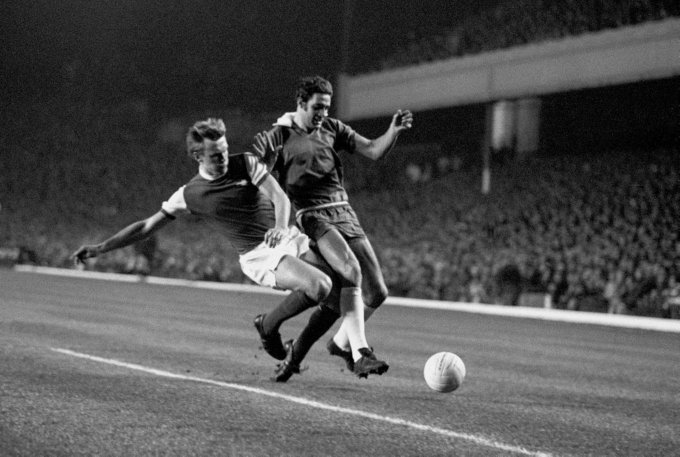 Arsenal’s John Roberts goes flying in on Lazio’s Giorgio Chinaglia during an Inter-Cities Fairs Cup match between the two sides at Highbury, 1970 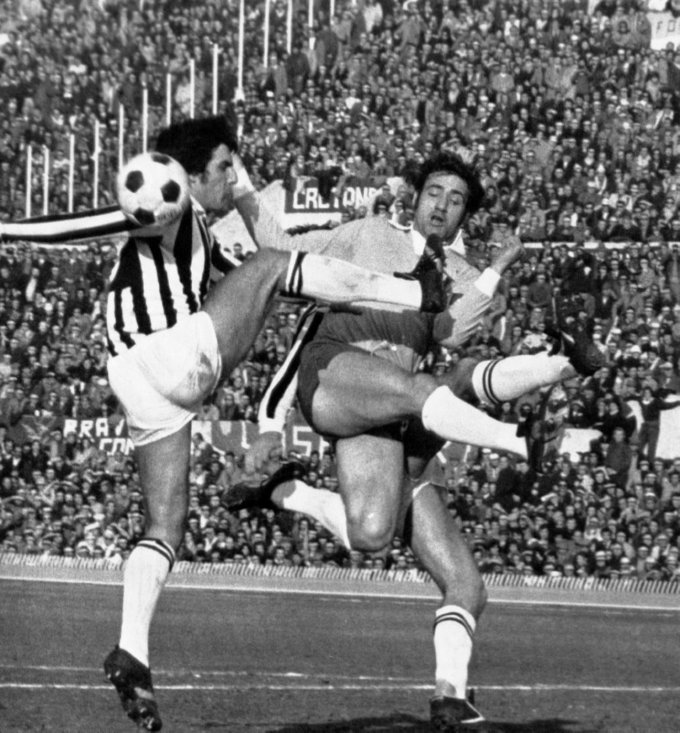 Good luck trying to work out which limbs belong to whom – Juventus’ Gaetano Scirea attempts to tackle Chinaglia during an Italian league game in Rome, 1974 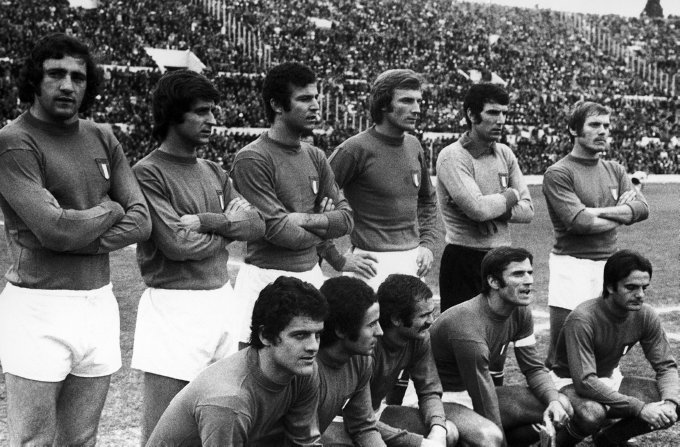 The Italian national team line up in Rome, Chinaglia stares at the camera while a young Fabio Capello kneels in front, 1974 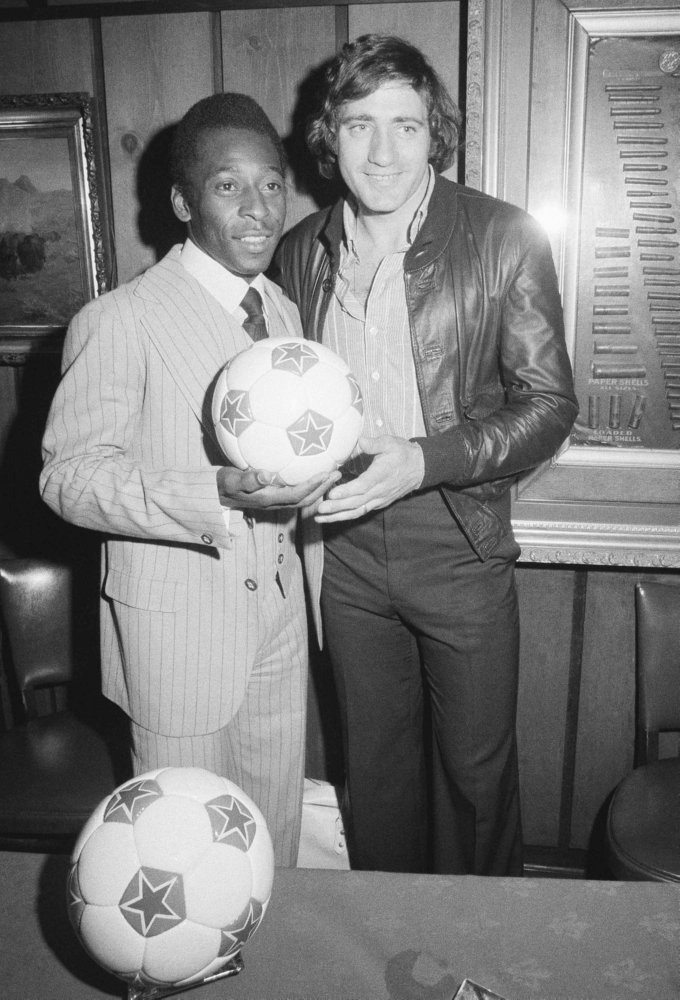 Pele welcomes Chinaglia to the Cosmos, 1976 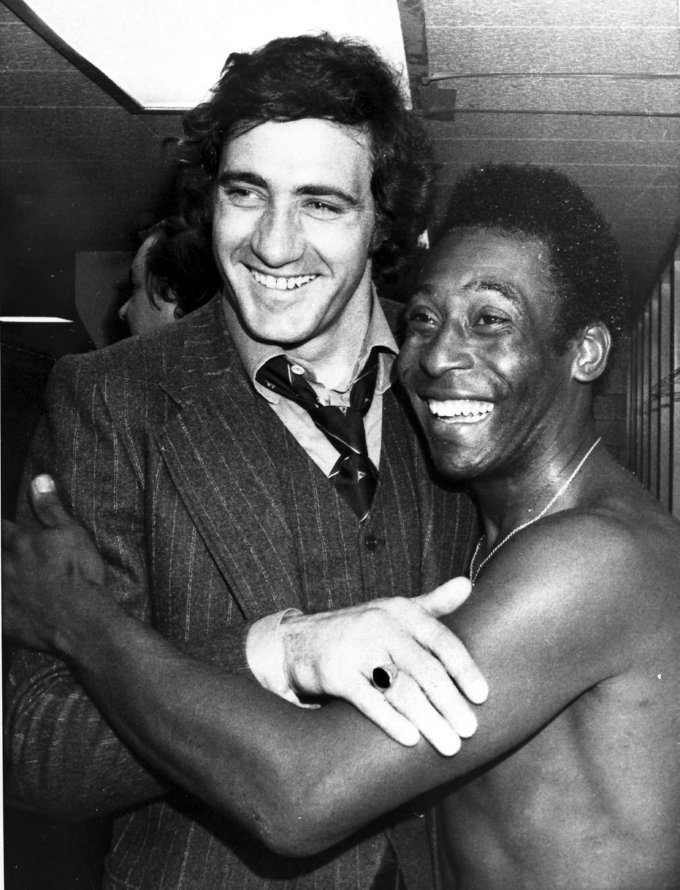 Chinaglia and Pele celebrate in the dressing room, 1976 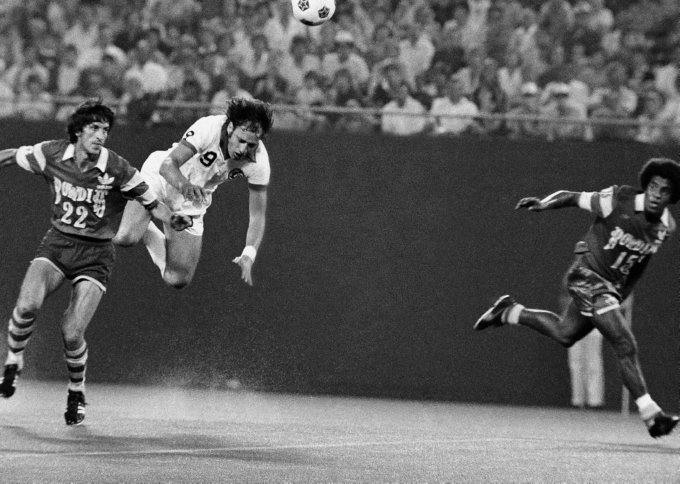 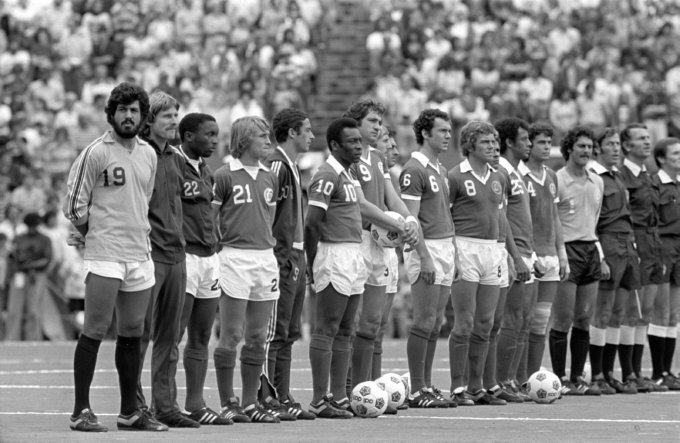 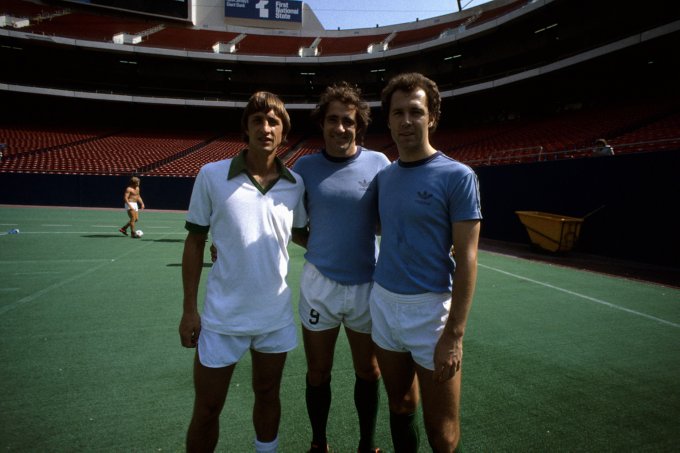 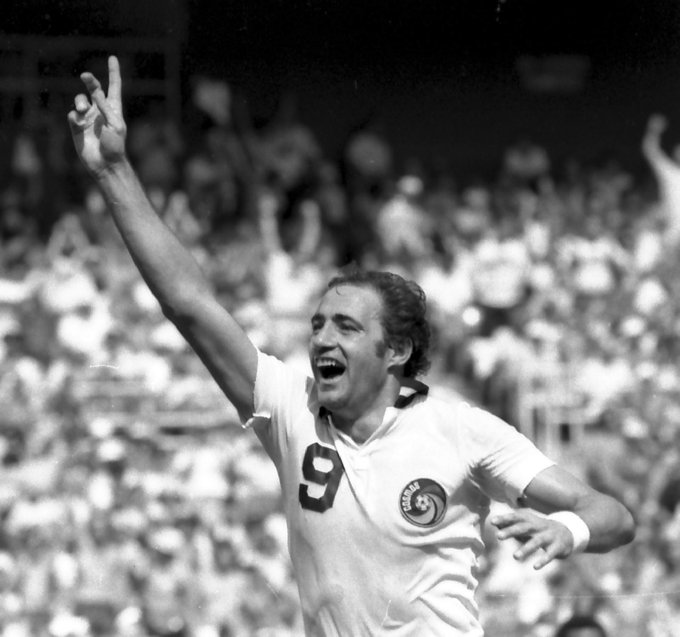 Chinaglia gives the victorious ‘No. 1’ sign during the Soccer Bowl in Washington, 1980 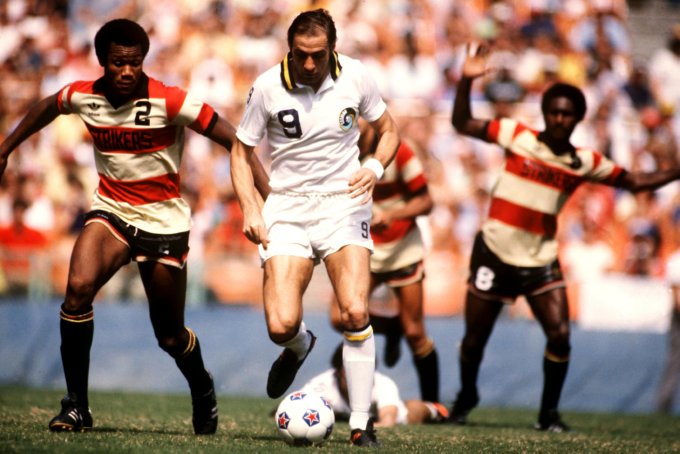 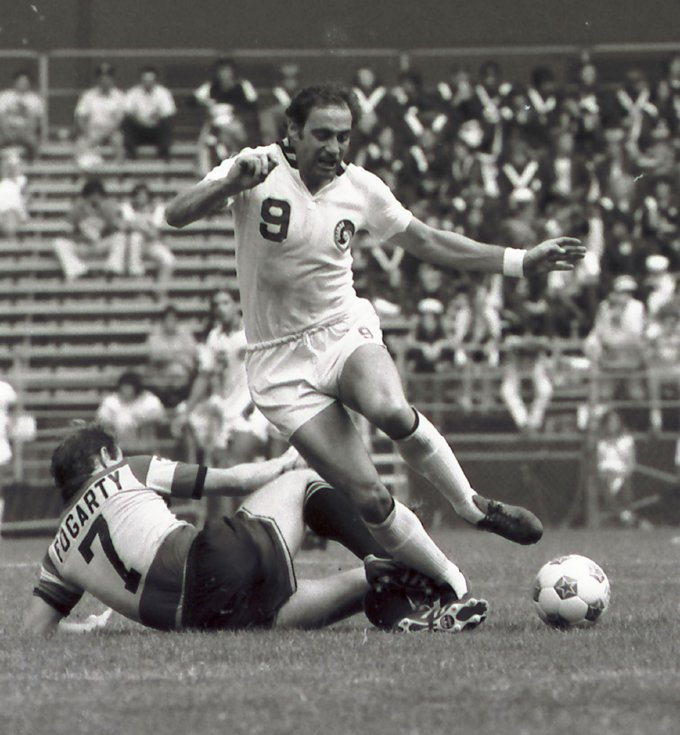 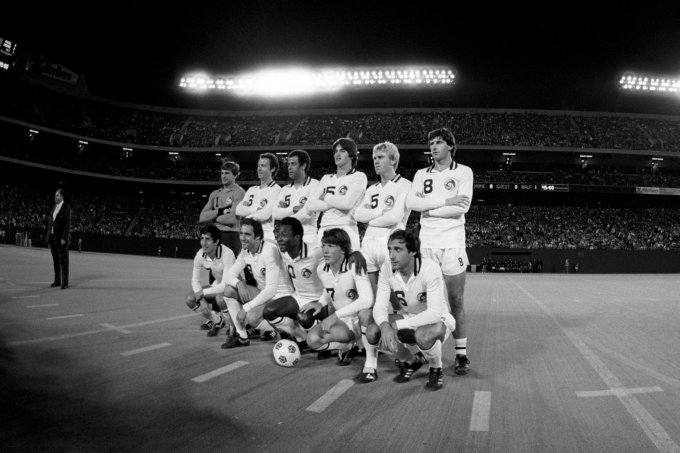 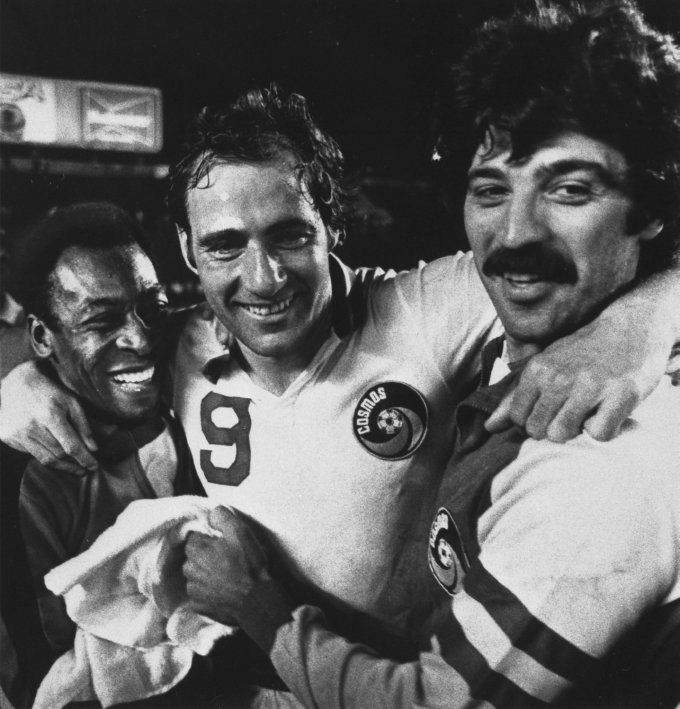 Chinaglia is embraced by former Cosmos teammate Pele and current cohort Robert Iarusci after defeating the Seattle Sounders in the Soccer Bowl, 1982 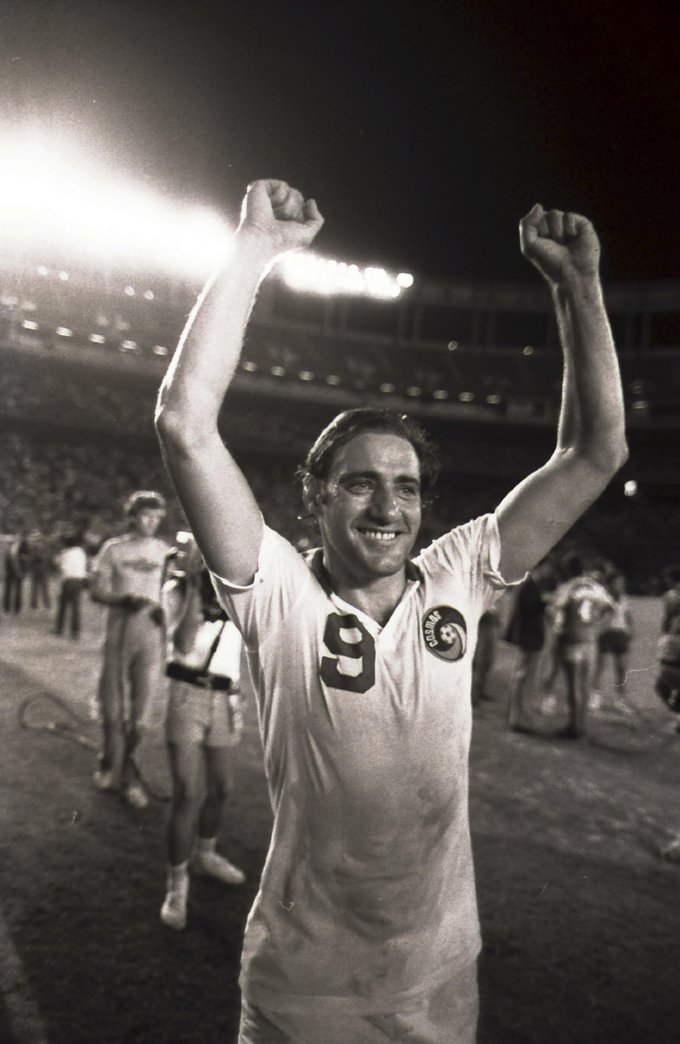