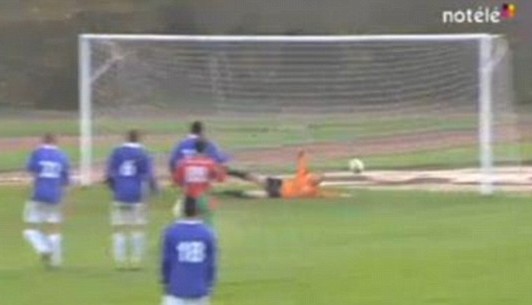 Stadium announcers are usually only good for two things: reading out the line-ups and informing fans that their cars are being broken into, though during the recent Belgian fifth division between Acren and Walhain, the man on the PA system added a third string to his bow.

Having conceded a penalty late in the second half, home side Acren were in danger of losing the game until the announcer used his clairvoyant powers to foresee which way the Walhain penalty taker was going to go.

Before the ball was placed on the spot, the announcer yelled “jo, jo à gauche” (“go left”) with the Acren keeper duly following his instructions and palming the penalty to safety!

Unfortunately we can’t host the video directly, but you can watch it here (skip to the 31:10 mark).