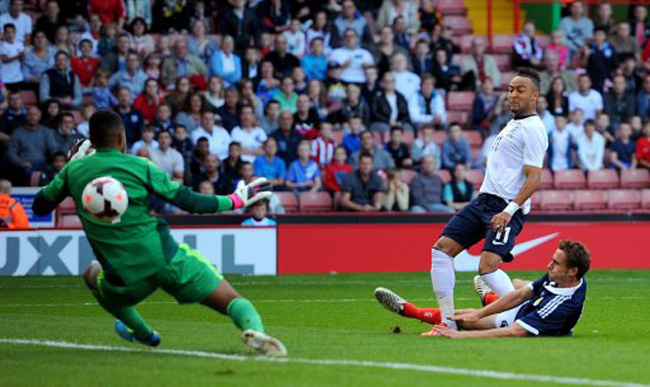 To be beaten by a side which had Jonjo Shelvey as the number 10 and Connor Wickham as the centre-forward is nothing to be proud of, but to be hammered 6-0 by them should be a great cause of embarrassment.

Scotland’s U21 side were torn to shreds on Tuesday night at Bramall Lane by an England side managed by none other than Roy Hodgson, who saw his youngsters win with ease.

Nathan Redmond and Raheem Sterling put the Three Lions 2-0 up before half-time while soon after the re-start, Scotland and Spurs ‘keeper Jordan Archer produced a right howler of a mis-kick (on 4:10) to let Wickham lob home England’s third.

Ross Barkley netted the fourth before Shelvey then made it 5-0 courtesy of a superb effort. The drubbing was finally topped off by Tom Carroll as the future looked bleak for Scottish international football.