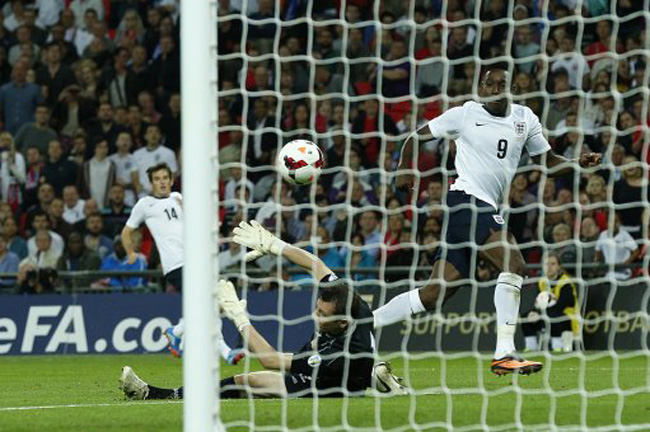 A brace from Manchester United Danny Welbeck, along with goals from Steve Gerrard and Rickie Lambert fired Roy Hodgson’s England to a comfortable 4-0 win against Moldova, a result that sees the Three Lions top Group H on goal difference.

Liverpool captain Gerrard’s strike after just 12 minutes was particularly impressive although the harsh booking Welbeck received after he failed to heed a whistle for offside will see the Man Utd man suspended for England’s next game.

However, overall it was a more than satisfactory result for Hodgson and co.