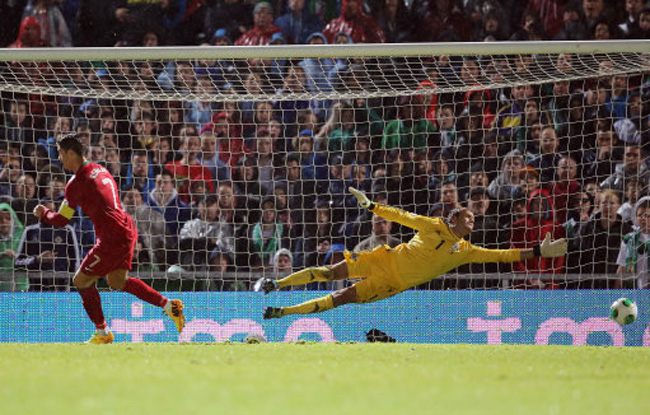 Poor old Northern Ireland produced a fine battling performance against the thoroughbreds of Portugal, even going 2-1 up just after the second half. However, a second-half hat-trick from none other than Cristiano Ronaldo condemned the Irish to a defeat.

Bruno Alves had opened the scoring for the visitors midway through the first period, only for another defender, Garath McAuley, to level the scores. Portugal then had a man sent off, in the shape of former Spurs striker Helder Postiga (for a headbutt on McAuley), before Jamie Ward put the home side ahead from close-range on 52 minutes.

However, Chris Brunt then saw red on the hour-mark for a send bookable offence before Ronaldo burst into life and fired his side to victory, but not before Kyle Lafferty made it three sendings-off.

The result meant that the North failed to build on their win against Russia last time out while Portugal stay atop Group F.