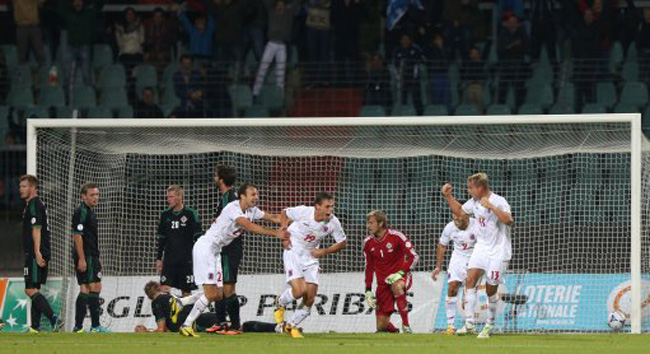 Northern Ireland not long after giving the great Portugal a bit of a scare, suffered an embarrassing defeat at the hands of the rather less might Luxembourg on Tuesday night.

Prior to this meeting in the world’s only remaining Grand Duchy, the home side had only ever won three World Cup qualifiers in their history. But on Tuesday they would make that four courtesy of a dismal display from the visitors.

Martin Paterson had opened the scoring for the Irish early on but Aurelien Joachim, on the stroke of half-time, and then Stefano Bensi gave the hosts a shock lead.

Gareth McAuley managed to level the scores late on but then, with just three minutes of normal time left, Mathias Janisch netted from close-range to secure a very very rare win for Luxembourg.

Irish boss Michael O’Neill has quite the job ahead of him!