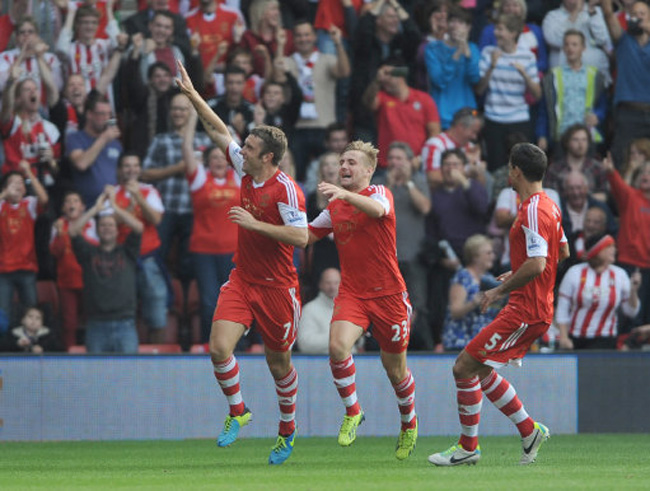 Two early second-half goals for Southampton gave the Saints a deserved 2-0 win against Palace at St. Mary’s, a result that sees the Solent side take their place in the top four in the table.

Saints’ record-signing Pablo Osvaldo opened the scoring on 47 minutes with his first goal for his new side with Rickie Lambert firing home a superb free-kick soon after to secure all three point for Mauricio Pochettino’s side.

Ian Holloway’s Palace side struggled to threaten the Saints’ goal with Marouane Chamakh booked for diving when through on goal as the Eagles yet again failed to find the back of the net.