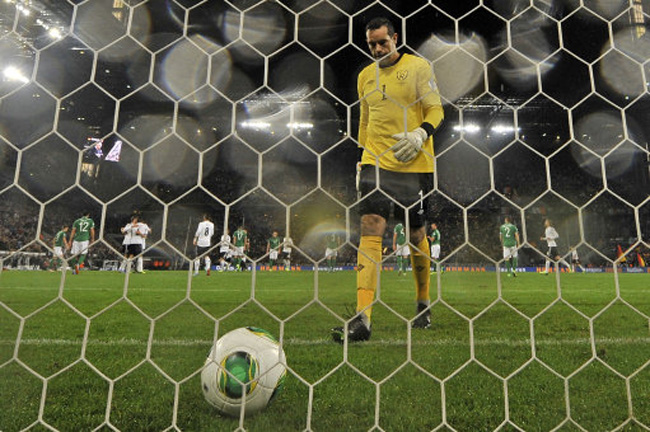 The defeat finally laid to rest Ireland’s faint hopes of making it to Brazil although the performance of David Forde between the posts was one major positive for caretaker boss Noel King.  Aston Villa’s Ciaran Clark also nearly leveled tehe scores just before half-time, only to see his header come back off the frame of the goal but overall the Boys In Green were well beaten by one of the favourites for next summer’s tournament in Brazil.