As you may or may not have seen earlier this week, FIFA dumpling Sepp Blatter caused a bit of very, very minor controversy when, speaking at Oxford Union, he admitted to preferring “nice boy” Lionel Messi over “fan of hairdressers” Cristiano Ronaldo – before doing an absolutely spot-on impression of the Real Madrid star (skip to 1:50).

Ronaldo has since issued a fairly snarky retort to Blatter’s quips on his Facebook (while also re-posting the video above), which reads thus:

“This video shows clearly the respect and consideration that FIFA has for me, for my club and my country. Much is explained now.

“I wish Mr Blatter health and a long life, with the certainty that he will continue to witness, as he deserves, the successes of his favourite teams and players.”

The sound you hear is Ronaldo’s Ballon d’Or aspirations disappearing in a fart of smoke.

Blatter then apologised on Twitter: “I apologise if you were upset by my light-hearted answer at private event on Friday. I never meant to offend you.”

While we’re loathe to side with Sepp on this one, he was obviously engaging a room full of university students and was playing to the crowd – just a joke, nothing to mither about. 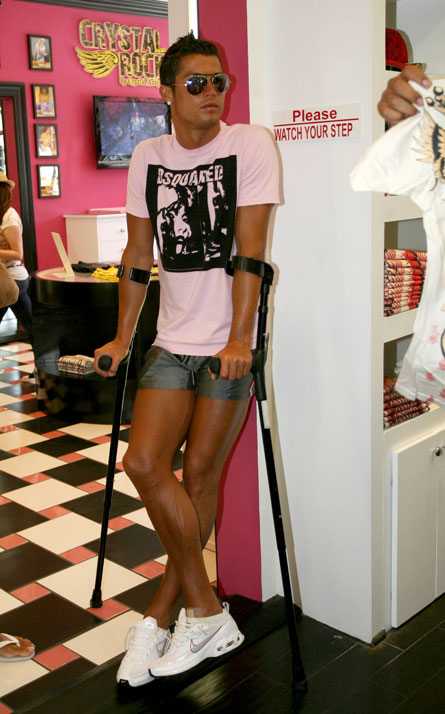 We can’t help but feel Ronaldo has taken this all a little too seriously – anyway, he must spend more time at the hairdressers by default as, from the look of things, Messi’s mum still cuts his with a pudding bowl and a pair of tin snips.