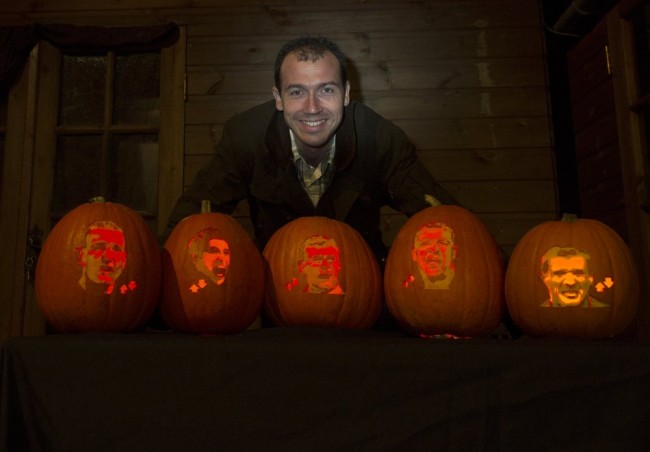 ‘Tis that time of year again when the sales of eggs and toilet paper from corner shops across the land go up ten-fold and, to mark All Hallows’ Eve, Betfair ran themselves a special Halloween poll to ordain which footballer fans are most terrified of, with ex-Wimbledon loon Vinnie Jones coming out on top by a country mile by securing 33% of the vote, streaks ahead of the likes of Roy Keane (21%), Duncan Ferguson (14%), Luis Suarez (5%) and John Terry (4%).

They then fed this data to a pumpkin carver extraordinaire (yes, there is such a thing!) by the name of Dave Finkle, who set about painstakingly gouging the horrifying mugs of said players into his squash of choice to create a very special set of Premier League Jack-o-Lanterns…or should that be “Big Dunc-o-Lanterns”?

Any road up, we think you’ll agree, the end result is really rather impressive…

Time-lapse video of Dave in action…