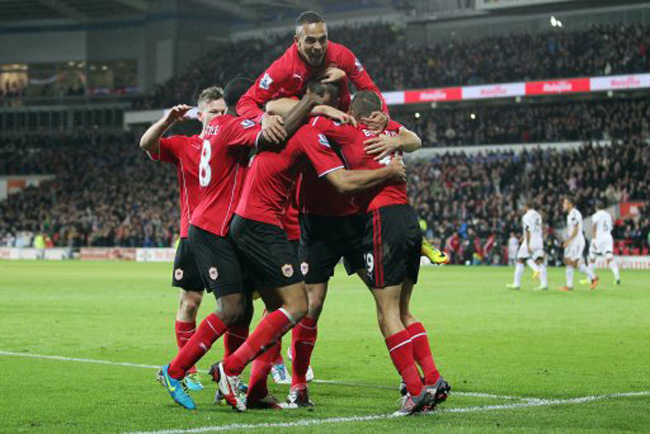 Despite all the hype about this all-Welsh top-tier clash, large periods of the game were rather subdued. However, ultimately it was Cardiff captain Steven Caulker who would head home the only goal of the game just after the hour-mark.

The Swans may have had a lot of the ball but they failed to turn that possession into sufficient chances to seriously trouble the Bluebirds. Indeed, late on Michael Laudrup’s men were even forced to put Angel Rangel in goal after Michel Vorm was sent off for stopping Frazier Campbell.

The result will boost Malky Mackay’s hopes of staying on the right side of Cardiff owner Vincent Tan while for Laudrup and co, their season is yet to really take off.