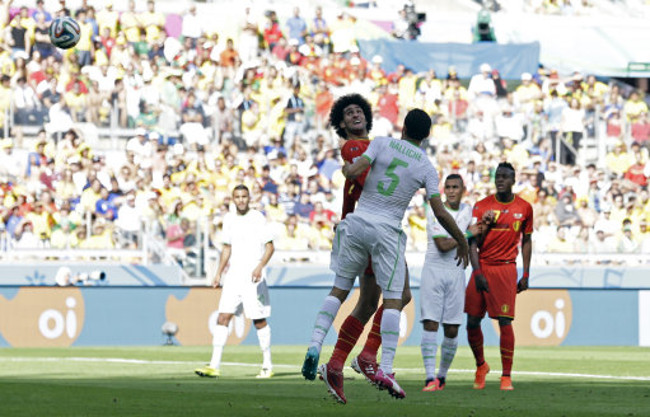 Subs Marouane Fellaini and Dries Mertens were the goal heroes for Belgium on Tuesday, scoring a goal each in the second-half to secure a hard-fought win against Algeria.

The African side looked sharp from the start and eventually took the lead after Jan Vertonghen fouled Sofiane Feghouli in the Belgian box. The Valencia attacker converted the resulting spot-kick himself as Belgium struggled to settle.

However, the introduction of  first Mertens, then Lille striker Divock Origi (for a poor Romelu Lukaku) and finally Fellaini ultimately gave Marc Wilmots’ side the attacking threat they needed, with Fellaini netting on 70 minutes and Mertens 10 minutes later.

Not a comfortable start for many people’s dark horses for the competition while Algeria will be disappointed to let a lead slip.