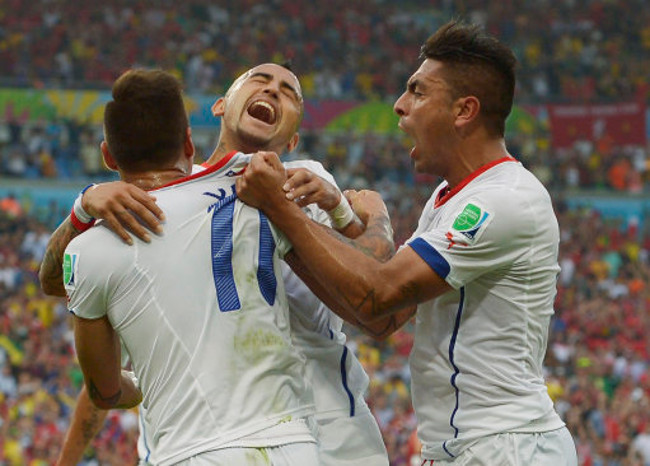 Chile’s deserved 2-0 win over regning champions Spain may well have signalled an end to the era of Spanish domination in world football with the Spaniards now out of World Cup 2014. Throughout the game, it was the South Americans who looked sharper and hungrier with their opponents looking heavy-legged and lost for ideas.

Napoli attacker Eduardo Vargas opened the scoring on 19 minutes, finishing off a fine passing move from the Chileans who pressed and attacked the Spanish throughout the game. Just before half-time, a weak punch from Iker Casillas allowed Charles Aranguiz to toe-poke home Chile’s second leaving the world and European champions shell-shocked.

The second-half introduction of Koke failed to make too much of a difference, although Sergio Busquets missed a great chance to get a goal back. Diego Costa also wasted a good opportunity, with the Premier League-bound hitman looking far from fully fit.

Ultimately, Chile were deserving winners and could well go a long way in the competition. As for Spain, there are enough gifted young players coming through the ranks to suggest that their fall from grace may not be as heavy as this World Cup has suggested it might be.