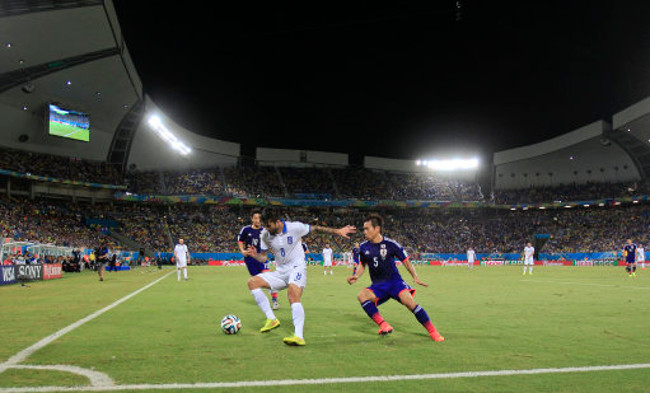 Neither of these sides have impressed in Brazil so far, with this poor quality goalless draw failing to provide much in the way of entertainment.

Greek captain Konstantinos Katsouranis saw red int he first half for two silly challenges but the Japanese struggled to break down their opponents for the rest of the game.  Yuya Osako,  Keisuke Honda and Yoshito Okubo all went close for the Asian side while Theofanis Gekas almost scored for the Greeks. However, ultimately it would end in stalemate with both sides still with an outside chance of qualifying for the knockout stages.