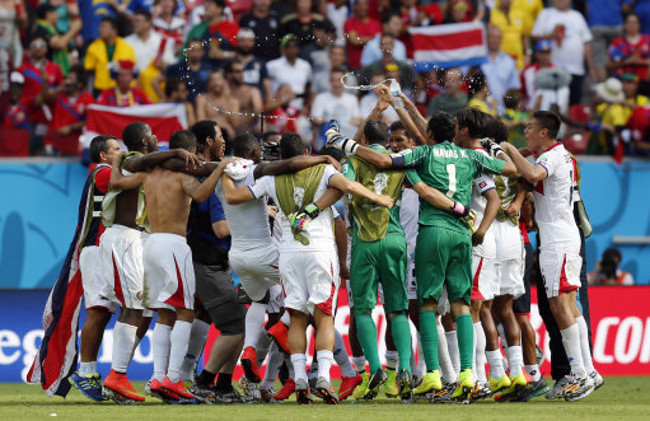 Any hopes England had of making it to the knockout stages were extinguished by another fine performance from Costa Rica, who deservedly beat a lacklustre Azzurri to top Group D. Ex-Fulham playmaker Bryan Ruiz scored the only goal of the game courtesy of a header as Los Ticos outplayed a poir Italian side.

Mario Balotelli missded Italy’s best chance of the game but the Central Americans themselves also should have had a penalty when Joel Campbell was bodychecked in the Italy box only for the referee to wave play on. However, overall the Costa Ricans were well worth their win which sees them qualify with ease for the last 16 while Italy face a clash with Uruguay for a place in the knockout stages.