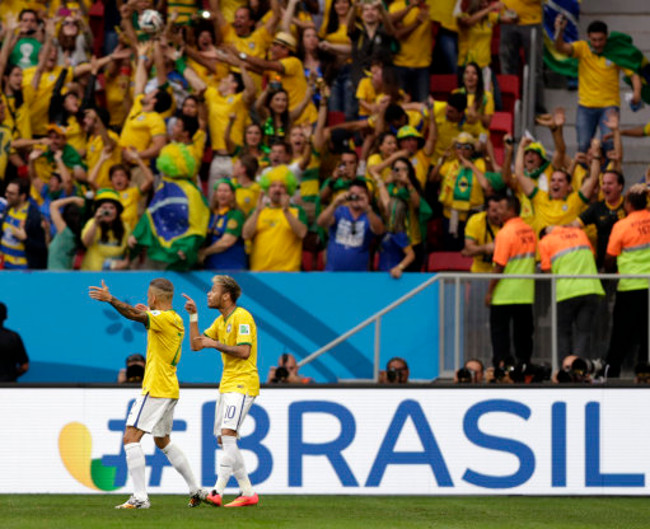 The hosts were under a lot of pressure to produce a big performance after their disappointing 0-0 draw with Mexico and produce they did, firing four past the already-eliminated Cameroon.

In the first-half, the Africans gave as good as they got but it was star of the show Neymar who made the difference, opening the scoring on 17 minutes. Cameroon, however, threatened to spoil the party with Schalke midfielder Joel Matip levelling things up soon after. However, another superb effort from Neymar put the Brazilians 2-1 up at the break.

In the second-half, goals from Fred (the 2014 version of 1982’s Serginho) and Manchester City’s Fernandinho gave the home crowd the goal-fest they were looking for, to set up a last 16 clash with Chile. One wonders just how good Brazil will look against the impressive Chileans.