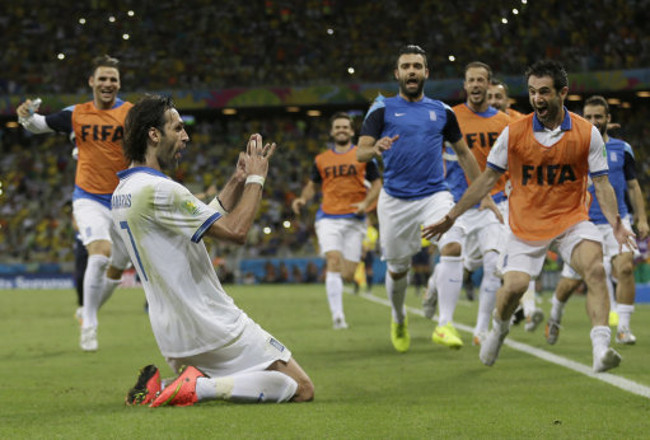 Greece pulled off a dramatic victory against Ivory Coast on Tuesday night to make it out of the group stages for the first time in their history.

Giorgios Samaras netted the last-minute winner courtesy of a spot-kick. However, the decision to award the penalty was controversial to say the least, with Giovanni Sio’s challenge on Samaras in the box harshly adjudged to have been a foul by referee Carlos Vera.

Overall, the Greeks were the better side, producing by far their best performance of the tournament so far. Sub Andreas Samaris opened the scoring just before half-time and the Greeks had chances to increase their lead. But another sub, Wilfried Bony eventually levelled things late on before the late penalty drama.

While the Elephants once again go home after failing to make it out of the group stages, Greece can look forward to an unlikely last 16 clash with Costa Rica.