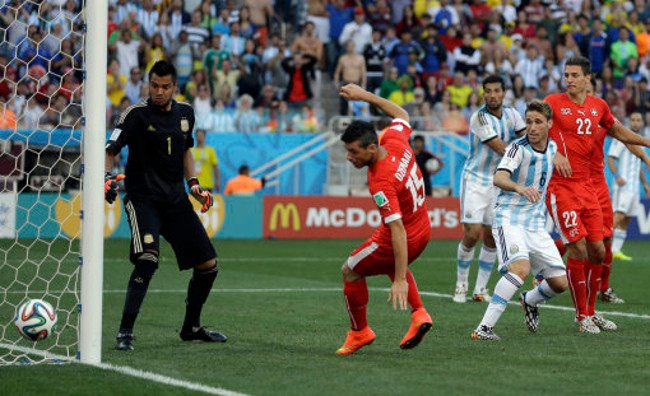 All the excitement in this last 16 clash came in the last few minutes of extra-time, after Switzerland had battled hard to keep a below-par Argentina side at bay.

Lionel Messi was the one bright spark for the South Americans throughout the 120 minutes of mostly disappointing football, with his team-mates all too frequently failing to perform when needed. The Swiss worked hard with Johan Djourou, another archetypal lazy pundit scapegoat, superb at the back.

However, when it looked as though we were set for another penalty shoot-out, Messi produced a moment of dribbling magic before feeding Angel Di Maria who superbly placed the ball beyond Swiss ‘keeper Diego Benaglio. The drama still wasn’t over, mind, as sub Blerim Dzemali still had time to head onto the post when he should have scored, with the rebound hitting the Napoli man before trickling wide past the post.

Heartbreak for the Swiss while Argentina, thanks again to Messi for the most part, march on.