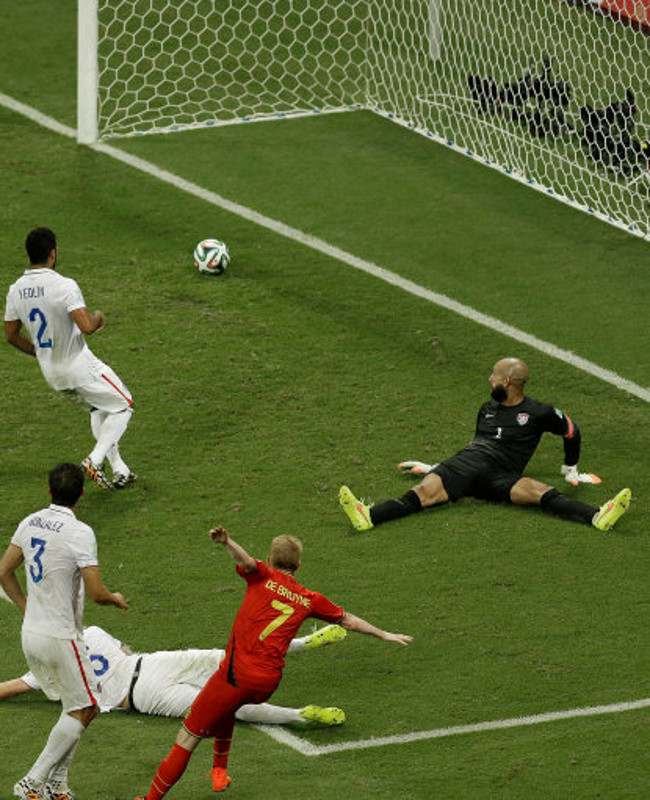 What a cracking 120 minutes of football this was! With Tim Howard producing a superb individual display between the posts for the US, it took Belgium until extra-time to eventually get on the scoresheet, which set up a cracking end to the game.

The rather under-rated Kevin de Bruyne was the heo for Belgium, scoring one and setting up Romelu Lukaku’s opener as the Americans started to tire badly.

However, Bayern Munich youngster Julian Green did get one back as the US pushed for a dramatic equaliser which very nearly came courtesy of a well-worked free-kick.

However, ultimately it’s Marc Wilmots’ charges who progress. What about Jurgen Klinsmann for next England boss?