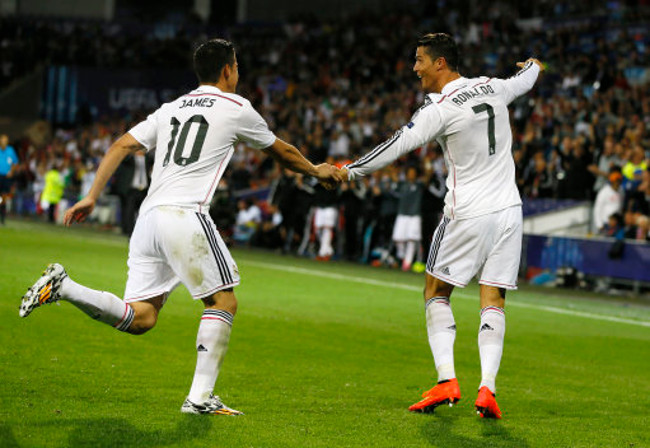 Gareth Bale returned to his hometown of Cardiff along with his fellow Galacticos as the Madrid moneybags downed Europa League champs Sevilla 2-0 at the Cardiff City Stadium.

Cristiano Ronaldo bagged both goals for a Madrid side which featured summer-signings James Rodriguez and Toni Kroos. Bale crossed for Ronaldo’s opener before Karim Benzema set up the Portuguese attacker to bag his brace.

As for Sevilla, they struggled their match their superstar opposition although keeping the score down to 2-0 against such an array of attacking talent is nothing to be ashamed of.