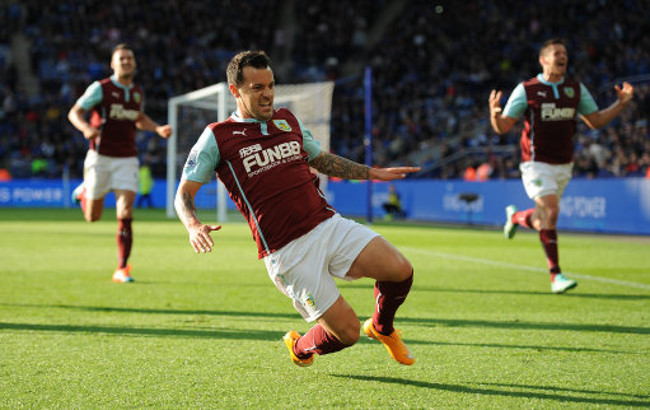 Burnley finally ended their goal-drought by netting two in their draw with Leicester City at the King Power Stadium – though it took a last-gasp equaliser from Ross Wallace to earn the Clarets a share of the spoils.

The home side took the through Ghana international Jeffrey Schlupp on 33 minutes before Michael Kightly finally got the Clarets back in the goal just six minutes later.

In what was a high-octane finish to the first-half, Riyad Mahrez (who had set up Leicester’s first goal) then headed home to put the hosts 2-1 up at the break.

Sean Dyche’s men pushed for the equaliser in the second period, going close on a number of occasions.

However, just when it looked at though their time had run out, Wallace curled home a deft free-kick from the edge of the box to get the visitors a share of the spoils.