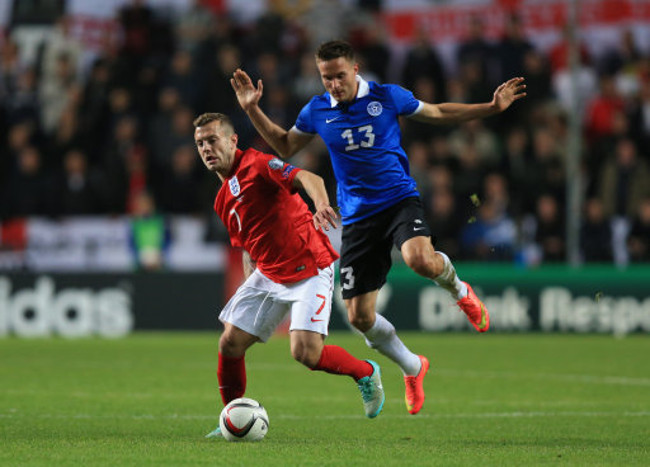 England produced a rather uninspiring performance away to Estonia on Sunday night. However, courtesy of a second-half Wayne Rooney free-kick, the Three Lions’ kept alive their 100% start to the Euro 2016 qualifying campaign which sees them top Group E.

The visitors, with Fabian Delph and Leighton Baines both recalled, struggled to turn their superiority into goals. Jack Wilshere was arguably England’s best player, with the Arsenal man provided a thrust in midfield as well as a much-needed creativity. Indeed, it was the deep-lying midfielder who deftly set up a fine chance for Rooney, only for the Man Utd man to waste the opportunity.

The sending-off of Estonian captain Ragnar Klavan for a second bookable offence just after half-time should have made things much easier for the visitors. However, the home side continued to defend well as England toiled. The introduction of pacey pair Alex Oxlade-Chamberlain and Raheem Sterling gave Roy Hodgson’s men the thrust they needed and it was a foul on Sterling which set up Rooney’s match-winning free-kick.

Not a great performance by any means, but the three points along with Wilshere’s fine display will have pleased Hodgson and co.