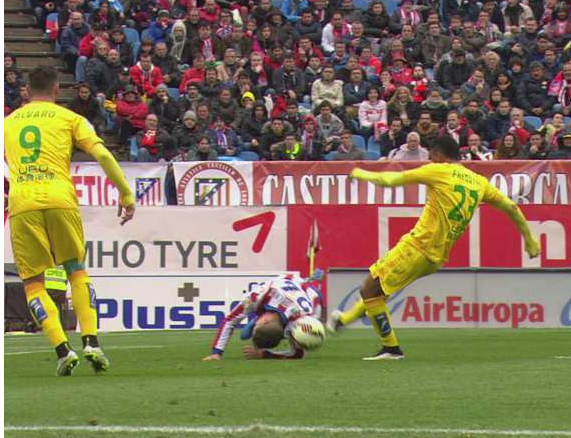 In which Atletico Madrid centre-half Gimenez channels England’s Brave John Terry and quite literally puts his head in where it hurts to block a shot against Getafe earlier this afternoon.

After being suckered by a feint from Getafe’s Fredy Hinestroza, Gimenez recovered in a flash and then went all out to stop the Colombian midfielder having the last laugh…

Nobody gets a shot away on Jose’s watch, cranial implosion be damned!

Somewhere out there, JT just got a little warm tingle in his special parts. 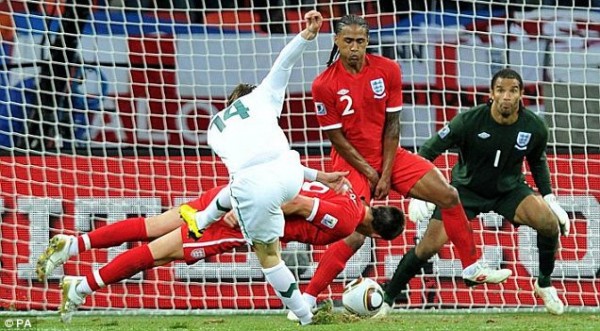