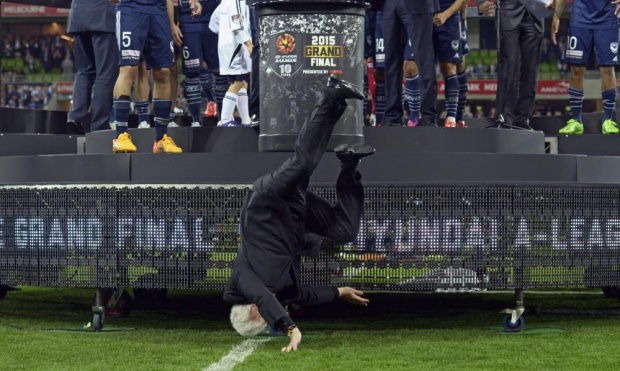 How strange that nobody seems in the slightest bit concerned that an octogenarian has just fallen head-first off a six-foot plinth.

Thankfully, there was a happy(ish) ending, with the Guardian reporting:

After a few minutes, Lowy was able to sit up, prompting applause from the stands, before he stood up, smiled and waved, and went on to present the trophy to the winning team. He left the pitch unassisted afterwards.

FFA later confirmed that Lowy was suffering from soreness in his shoulder, but was not seriously injured.