1-0 down at half-time, Bundesliga behemoths were struggling against Wolfsburg at the Allianz Arena.

However, Pep Guardiola’s decision to replace Thiago Alcantara at the break with Robert Lewandowski proved to be a 100% certifiable master stroke, with the Polish hitman netting five goals in an incredible nine minute spell. 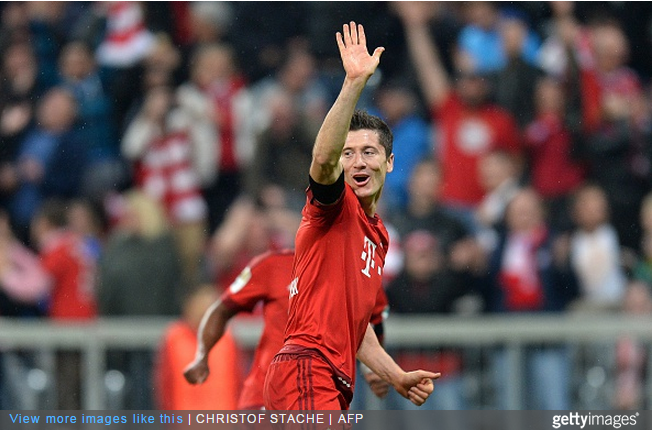 The former Borussia Dormund man netted the first of his five-goal salvo just six minutes into the second-half, with the others coming on 52, 55, 57 and 60 minutes, with the last one a magnificent acrobatic strike…

The game ended 5-1 to the hosts while, not surprisingly, Lewandowski’s five goal explosion made history, being the fastest five goals ever scored by a single player in the Bundesliga. And probably in any major competition in the world, ever.