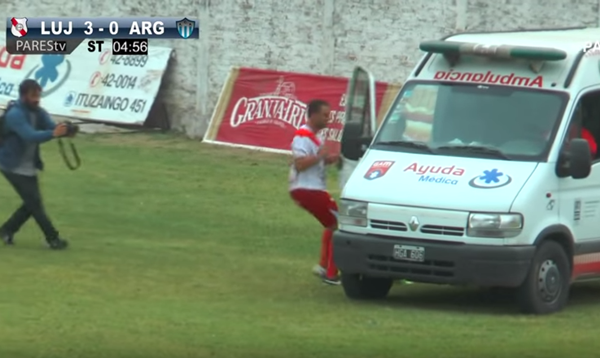 Over in the Argentinian third division, Lujan beat Argentino Merlo 4-0 with striker Mariano Gorosito helping himself to the third goal in Monday afternoon’s rout.

Indeed, Gorosito apparently felt his strike was so gosh-darn fine that he needed immediately rushing to hospital to test for further symptoms of the acute goal fever he was obviously coming down with.

As such, he clambered into the ambulance parked behind the net and proceeded to honk away merrily on the horn.

Sadly, the referee was unconvinced by the striker’s request for medical assistance and simply booked him for time-wasting instead.

Argentinian football: the gift that just keeps on giving.