Who’d have imagined a defeat could be greeted with such joy. However, despite going down 2-0 to Bosnia and Herzegovina on Saturday night, Wales still managed to end their 57-year major finals hoodoo and qualify for next summer’s Euro 2016. 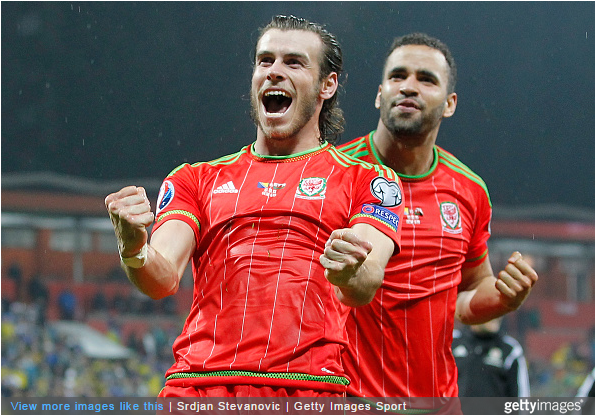 Despite being without the injured Edin Dzeko, it was the visitors who started the better of the two sides, with Dzeko’s Roma team-mate Miralem Pjanic impressing in midfield.

Wales did almost take the lead just before half-time, however, with Aaron Ramsey and then Neil Taylor both going close.

After the break, the hosts pushed for a goal and it eventually came on 71 minutes, courtesy of Milan Djuric’s looping header.

Both sides then went close, with Ramsey and then Gareth Bale firing wide.

The Bosnians eventually doubled their advantage with Vedad Ibisevic netting from close-range at the death.

However, with Israel losing 2-1 at home to Cyprus, the defeat still saw Chris Coleman’s side book their place in France next summer.

France 2016 will be Wales’ first major finals appearance since the 1958 World Cup, bringing to an end 57 years of hurt and near-misses. Well done Wales!