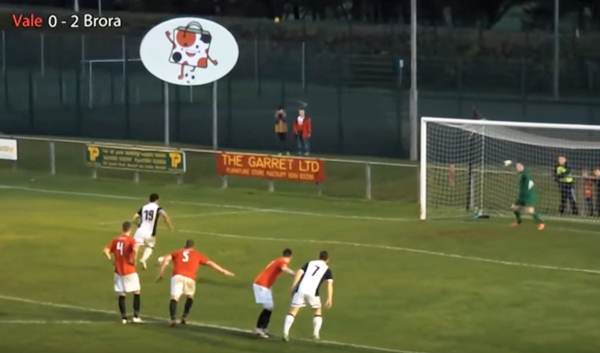 Spare a thought for poor old Brora Rangers striker Steven McKay, who has seen his spectacularly botched spot-kick against Deveronvale at the weekend go global as the latest in a long precession of “WORST PENALTY EVER??!!” videos.

With Rangers 2-0 up over Vale in the Scottish Highland League, McKay won his side a penalty to further bolster his side’s lead.

Unfortunately, he also decided to dispatch it himself, and it wasn’t long before he was left lamenting his decision to do so…

Well, he certainly picked his spot and stuck to it.

Sadly his spot turned out to be somewhere in the middle of the car park.