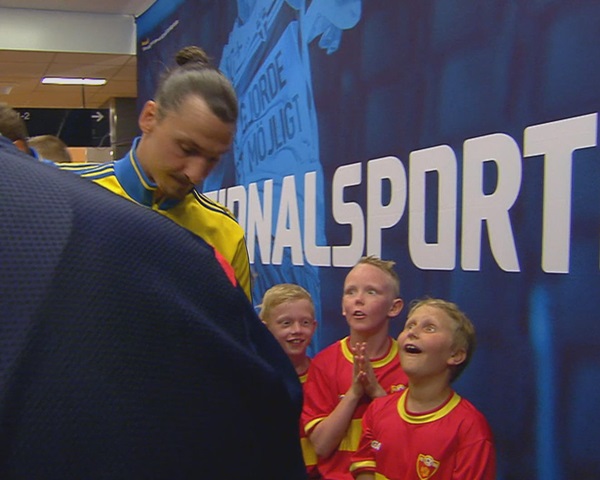 Monday night saw the annual Guldbollen (i.e, the Swedish Player of the Year) award gala take place in Stockholm, with Zlatan Ibrahimovic taking home the gong for the ninth consecutive year and the tenth time overall.

While the award itself was little more than a foregone conclusion, there was a sweet moment when Ibrahimovic was reunited with two young fans who melted everybody’s cold, cynical hearts back in June with their starstruck reaction to the Sweden striker ahead of a Euro 2016 qualifier against Montenegro.

As Ibrahimovic passed the two lads in the tunnel, both were instantly rendered temporarily agog – much to the delight of the watching world.

Anyway, the trio crossed paths again on the Guldbollen stage, with the youngsters even giving the PSG forward a bit of priceless advice going into this weekend’s Euro 2016 play-off against beloved neighbours Denmark…