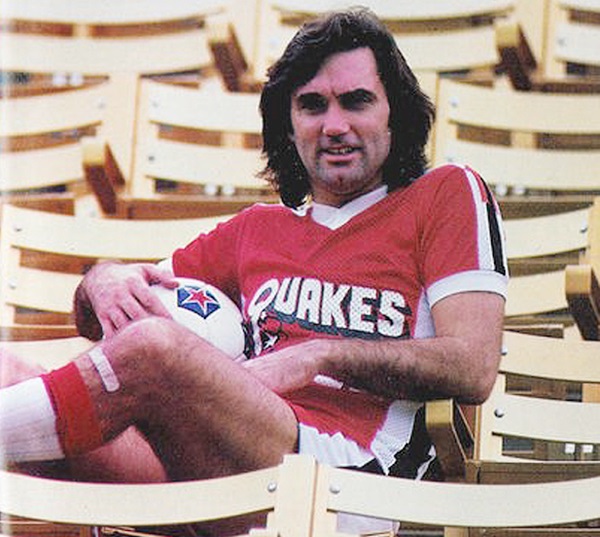 Seeing as today is the 10th anniversary of his death, we thought we’d pay timely homage to the great George Best by bringing you this impeccable solo effort scored for the San Jose Earthquakes against the Fort Lauderdale Strikers in June of 1981.

The goal is almost universally regarded as the finest ever scored in the NASL, though the wonderfully stereotypical American commentary is truly the star of the show here…

“Best… manoeuvring unbelievably…Best still has it, I don’t believe this move… That’s the greatest soccer goal I’ve ever seen. Wow!”

Well into his mid 30s and knee-deep in alcohol and marital problems, Best was considerably past his prime, though that didn’t stop him scoring bundles of goals for the Earthquakes (who were owned by Milan Mandaric at the time) in both indoor and outdoor games over the course of his two seasons in San Jose – a city he later dubbed “the worst place ever”.

Many thanks to @FootballCliches for the nudge!