The Nou Camp as it stands is not too shabby, is it? However, on Thursday, La Liga giants Barcelona unveiled plans to upgrade their famous stadium to a state of the art 105,000 seater eco-friendly supermegadome by the year 2021. 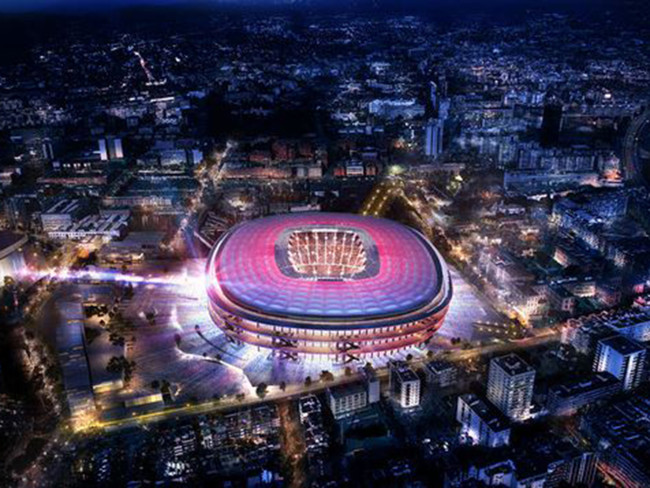 At a swanky reception, Barca stars Lionel Messi, Andres Iniesta, Javier Mascherano and Sergio Busquets (along with manager Luis Enrique) turned up for the unveiling of the impressive plans which will cost a whopping €600m.

Incredible video of the transformation the Nou Camp will undergo over the next 4 years https://t.co/DjblSFkOEu

RT @FCBarcelona The Nou Camp Nou, a dream open to the world. This is what Barça’s new stadium will look like https://t.co/RzFkkq3sZ5

Here’s the gaggle of Barca stars, fresh from their 8-0 battering of Deportivo on Wednesday night, doing all the requisite PR shenanigans…

Looks pretty decent! Although by the time the whole thing is completed, the likes of Messi will be well into the autumn of his career and who knows whether or not the Catalan giants will still be top of the footballing pile by then. Maybe Leicester City will be the dominant force in European football by then!?