With only six days to go before France and Romania kick off Euro 2016, domino wizard DominoJOJO has produced a superb display which previews all the groups, teams and venues. 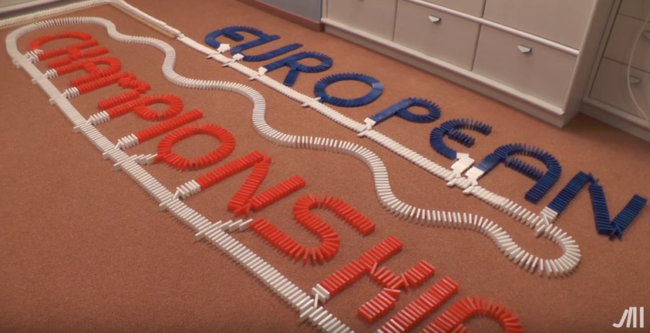 Using 24,000 dominoes (I counted them all), the display is superb and with all domino displays, it’s rather therapeutic to watch…

Let’s hope we won’t see too many players going over so easily when Euro 2016 starts for real.