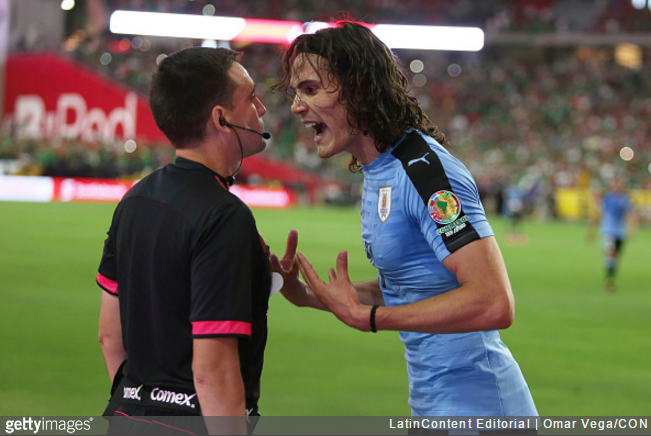 Uruguay’s pre-match line-up was awash with bafflement before their Copa America opener against Mexico when the wrong national anthem was piped in over the stadium speaker system.

For reasons unknown, Edinson Cavani and co. were serenaded with a rousing rendition of ‘Himno Nacional de Chile’, which – as you may be able to ascertain – is the Chilean national anthem.

CONMEBOL later issued a full and frank apology, citing “human error” as the reason for the mix-up.

This evening during the pre-match ceremony, due to human error, we inadvertently played the incorrect national anthem.

We sincerely apologize to the Uruguayan federation, the Uruguay national team, the people of Uruguay and to the fans for this mistake.

We will work with all parties involved to ensure such an error does not occur again.

All you did was play mistakenly play track 6 on your ‘Now That’s What I Call South American National Anthems’ CD.

For future reference, Uruguay is track 5.