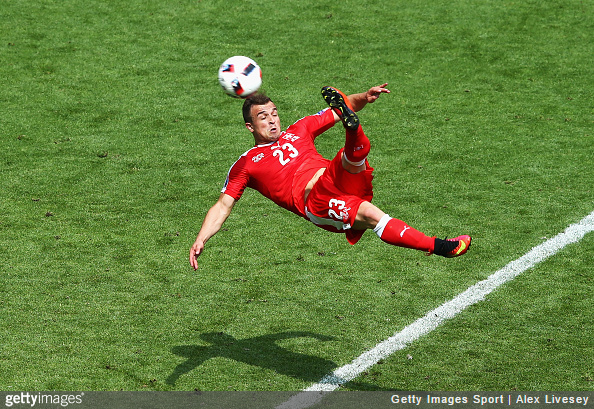 Just as the first Euro 2016 last-16 game was beginning to bubble under, Xherdan Shaqiri scored an absolutely terrific goal to notch an equaliser against Poland.

After a long, long period of nothing much, the ball suddenly sat up on the edge of the area and, without pausing for though, Shaqiri walloped it into the bottom corner with a magnificent piece of acrobatic ingenuity…

Goal of the tournament so far? The Power Cube may well have just sealed Pies’ vote.