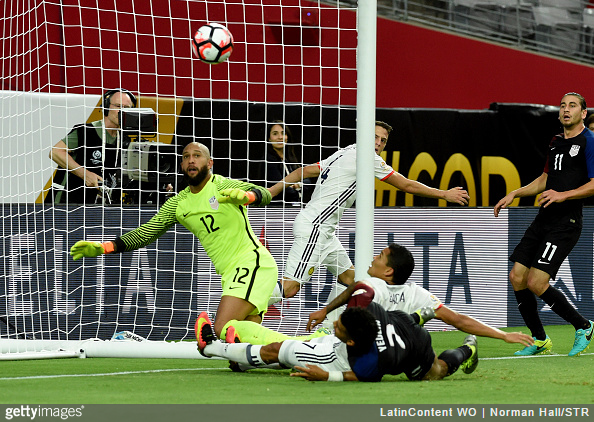 Colombia pipped hosts US to the bronze medal in the Copa America on Saturday night with a 1-0 victory in the third-place play-off in Phoenix, Arizona.

The deciding goal came via Carlos Bacca in the 31st minute, but the subsequent celebration from Colombian commentator Javier Fernandez Franco carried on deep into the 32nd.

After Bacca slid the ball over the line, Franco (whose nickname is ‘El Cantante del Gol’ – ‘The Goal Singer’) busted out a truly mammoth goal call that seemed to last for an eternity but in reality was more like 37 seconds…

Phew. Hell of a set of pipes on that bloke.

What’s more, it looks like El Catante might just have set a new (unofficial) world record in the process.