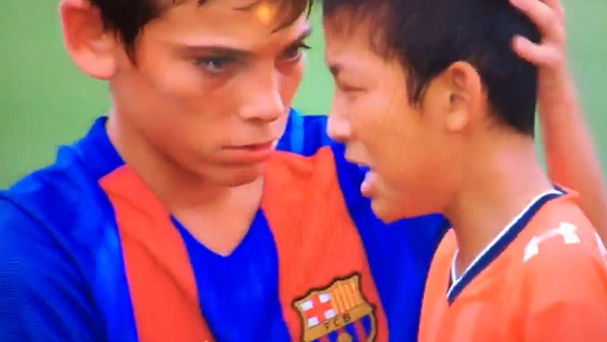 Barcelona’s ‘Infantil B’ side (essentially their Under-13 team) beat Omya 1-0 in the final of the World Challenge Cup in Tokyo over the weekend, a result that left many of the Japanese youngsters in floods of inconsolable tears.

However, proving that slick passing and obsessive possession retention aren’t the only thing they’re teaching the kids at La Masia, the Barcelona lads took the time to console their vanquished opponents after the final whistle.

It was all rather sweet really, as the youngsters shared hugs and comforting head pats in the middle of the pitch…

📽 | Barca’s Infantil B beat Omya in the final of World Challenge Cup in Tokyo. But what happened next #MesQueUnClub pic.twitter.com/r0akJJxEz0

Faith in the future of humanity: (temporarily) restored.