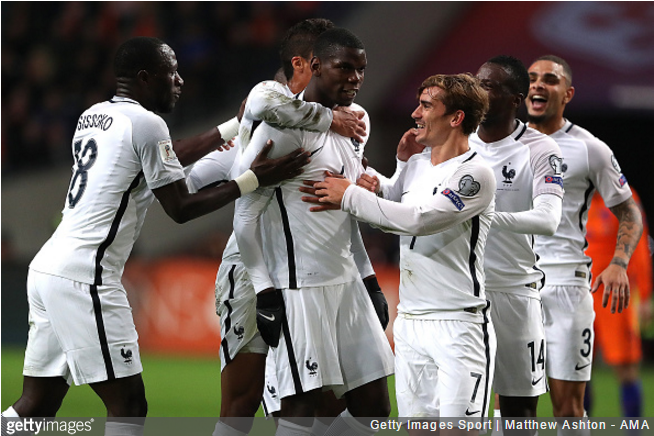 France pipped the Netherlands by a goal to nil in Amsterdam on Monday evening to keep themselves perched at the top of their 2018 World Cup qualifying group on goal difference.

The decisive goal was scored by Paul Pogba on the half-hour mark, with the £89million man rasping one in from distance – his first goal for France from outside the box in his last 60 attempts.

1 – Paul Pogba has scored his 1st goal for France from outside the box in his … 60th attempt. Bomber.

Even then, it took a bit of marzipan-wristed goalkeeping from Maarten Stekelenberg for the ball to wind up in the back of the net…

You know, the Brazilians have a brilliantly descriptive term for that kind of goalkeeping: “Mão de alface” – “Lettuce hands“. 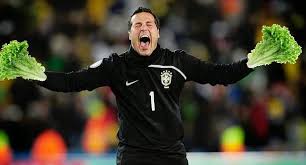