Swedish side Helsingborg will play in the second-tier of Swedish football next season after the club, managed by ex-Celtic and Manchester United striker Henrik Larsson, were beaten 2-1 at home to Halmstads.

The defeat sparked ugly scenes with the club’s ultras running onto the pitch and attacking Larsson’s son Jordan, with the eejits ripping off the Helsingborg player’s shirt. 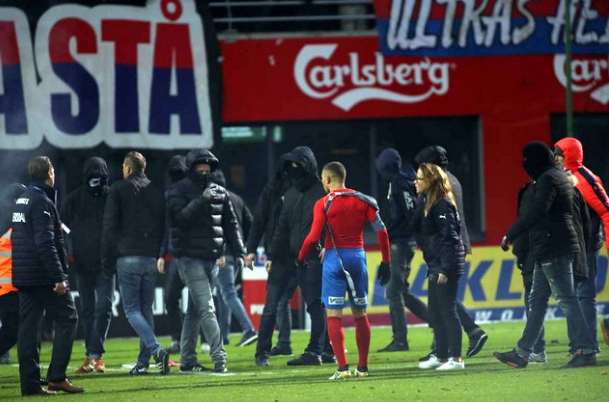 At the final whistle of the relegation play-off decider, a section of Helsingborg’s ultras ran onto the pitch. However, the 19-year-old Larsson stood firm as the fans ripped off his shirt and even threw a punch at the teenager…

Helsingborg fans attack Henrik Larsson’s son Jordan after they are relegated for the first time in 23 years.pic.twitter.com/iShquRoqAm 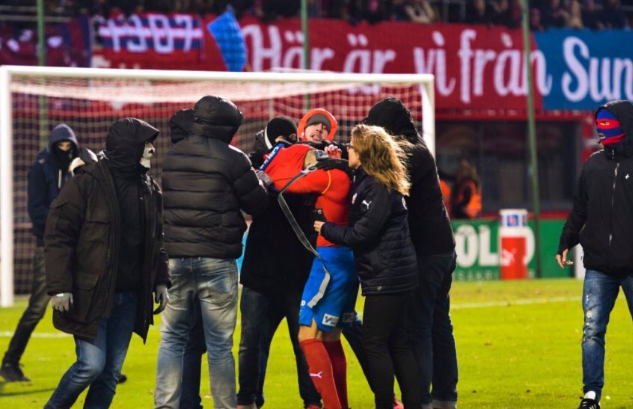 Fair dues to young Larsson for standing firm in the face of such brainless stupidity.