We all love a goal struck from the halfway line and during a youth game involving Barnet and Enfield Town this week, the sparse crowd at the Hive Stadium witnessed a cracking long-range effort from Bees’ full-back Joe Payne. 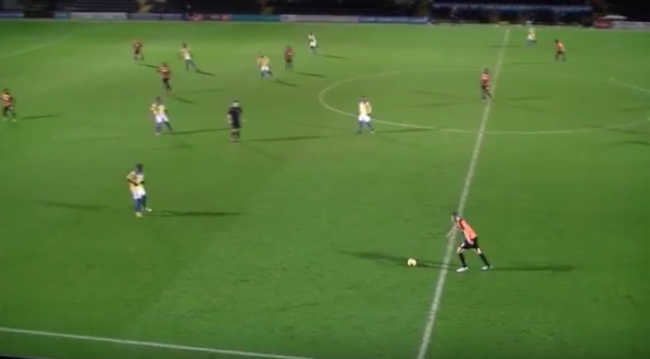 The goal came during Barnet’s Middlesex Senior Challenge Cup clash with Enfield, with Payne making the most of a poor clearance by the opposition ‘keeper and firing home a perfectly placed effort from just inside the Enfield half which satisfyingly went in off the post…

Alas, despite that humdinger, Barnet would ultimately lose the game, via a penalty shoot-out (5-6) after the match itself ended 3-3.