Lyon failed to close the gap on third placed PSG on Saturday, with the Les Gones losing 2-1 at home to Lille.

The hosts really should have come away from the game with at least a draw, only for French international Mathieu Valbuena to register one of the misses of the season. 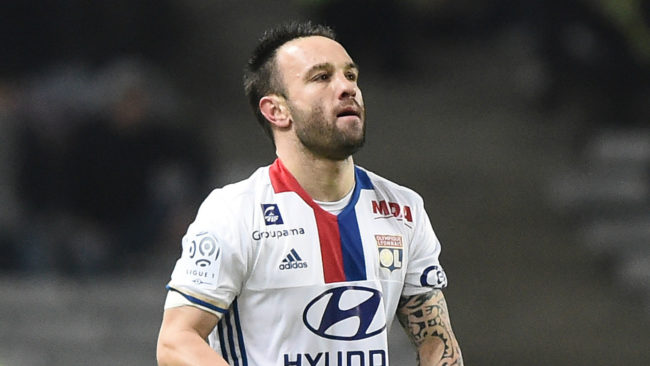 With Lille winning 1-0 and the game midway through the second-half, Valbuena was left with a simply tap-in from the edge of the six-yard box after ‘keeper Vincent Enyama had palmed the ball away.

However, rather than level the scores, the 32-year-old Valbuena saw his effort hit the bar and fly out of play…

Yassine Benzia then made it 2-0 to Lille via the penalty spot, before another spot-kick, this time by Lyon’s Alexandre Lacazette made it 2-1.

However, it was mid-table Lille who would come away from the Parc Olympique Lyonnais with all three points, partly thanks to Valbeuna’s horror miss.