Barcelona lost ground to La Liga leaders Real Madrid at the weekend, with the Catalan giants drawing 1-1 away to Real Betis courtesy of a last-gasp Luis Suarez goal.

However, Luis Enrique’s side were robbed of another legitimate goal earlier in the game, when the officials failed to see that the ball had clearly gone over the line of the Betis goal.

The incident happened late on in the game, with the impressive Betis already 1-0 up. Despite the fact that Aissa Mandi hooked the ball back out of his side’s goal, the ball was way over the line after deflecting off German Pezzella.

However, with no goal-line technology in Spanish football, it was left to the officials to spot, or in this case miss, the clear goal. 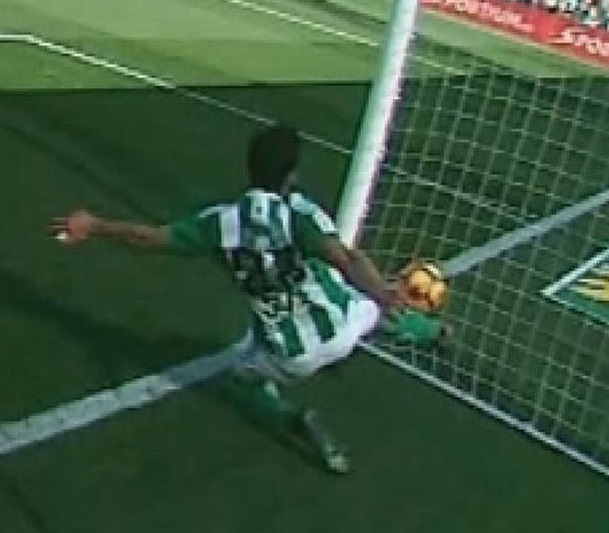 Referee Hernandez Hernandez was having a bit of a bad day overall, with the official making a dog’s dinner of the match report by inexplicably naming only 10 Betis players.

The team also included a certain Fran Merida (once of Arsenal), who plays for Osasuna and has never lined up for Betis in his life! 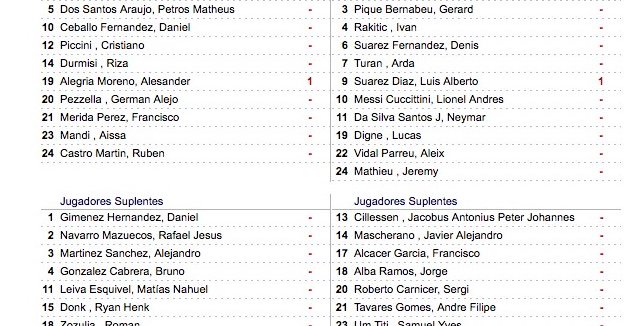 At least ex-Liverpool hitman Suarez got his side something of the game.

No doubt the goal-that-never-was will add more pressure on La Liga to finally introduce goallines technology. As it stands, it’s the only one of the big five European league not to use the extra help.

Barcelona now find themselves four points behind league leaders Real Madrid, with Zinedine Zidane’s side with a game in hand.