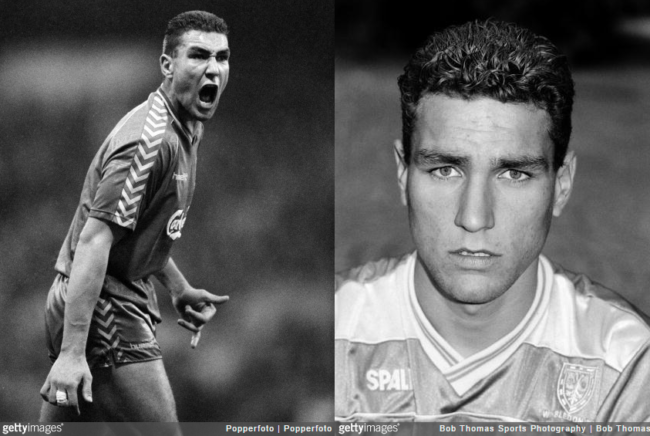 Pin-up in waiting: Vinnie Jones during his Wimbledon days

Having made his name at the thinking man’s nutcase at Wimbledon, Vinnie Jones made the leap to Leeds United before the 1989/90 season.

Of course, despite the enormous initial outlay, Leeds were well aware that a baby-faced heart-throb like Vinnie would eventually pay for himself in the way of endorsement deals and merchandise sales.

So, shortly after thumping an Anderlecht player in the nose on his debut in a pre-season ‘friendly’, Jones was corralled into his first modelling gig as a Leeds player… 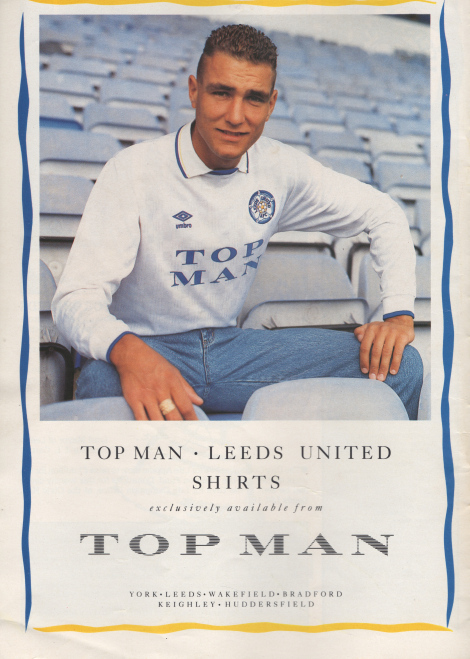 Photo: Fear And Loathing In LS11

That summer’s look à la mode was obviously ‘brawling with the Millwall at Bermondsey station’ chic.

And here is Vinnie, during his sole season at Elland Road (he left after the first game of the 1990/91 campaign), embodying Top Man’s brand values with a sickening, knee-high reducer on Swindon’s Dave Hockaday…

Weirdly, this booking was one of only three picked up by Jones during the entire season, in which Leeds won promotion back to the top flight.

The man was clearly a misunderstood saint.