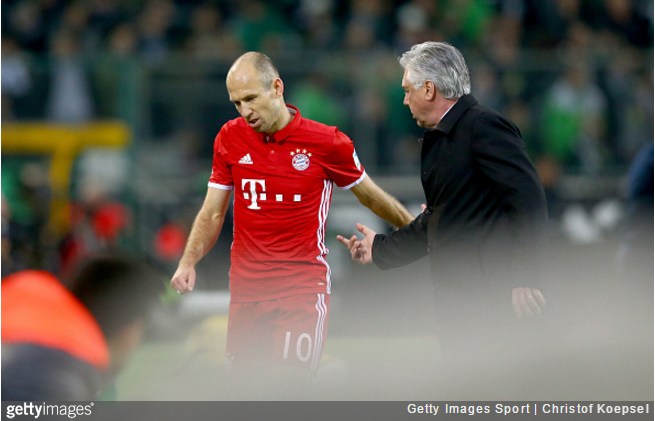 Bayern Munich snaffled a 1-0 win over Borussia Monchengladbach on Sunday evening to preserve their lead at the Bundesliga summit, though the match did end on a slightly sour note for one player.

That man was Arjen Robben, who threw a minor tantrum after being replaced by Renato Sanches for the final five minutes of the match.

Of course, as far as the rest of the Bayern substitutes were concerned, the sight of a 33-year-old man-toddler spitting his dummy out was nothing short of hilarious…

Despite having a handshake batted away, coach Carlo Ancelotti was sympathetic after the final whistle:

I was never happy when I got substituted either when I still played.

I do not have any problem with Robben’s reaction.

Half an hour on the naughty step should do it.