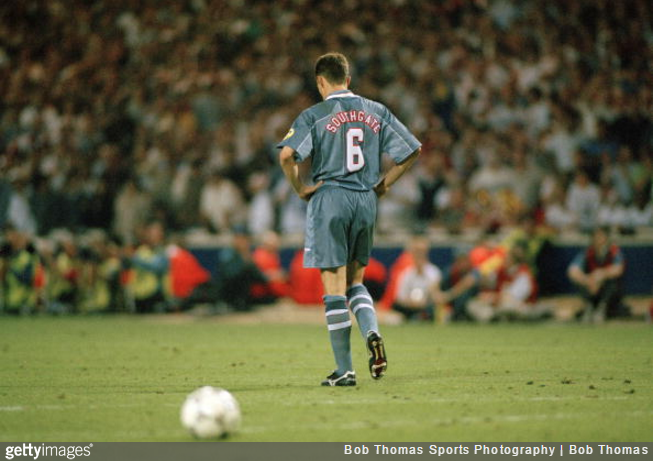 With England set to take on Germany on Wednesday night, the chatter in the BBC 5 Live studio inevitably turned to manager Gareth Southgate’s most well-trodden previous dalliance with Die Mannshaft.

We are of course talking about the semi-finals of Euro ’96, wherein Southgate fluffed the crucial penalty to send the Germans through to the final.

Andy Townsend was in attendance at Wembley on the fateful evening, and was desperate to offer some sincere post-match consolation to his Aston Villa teammate.

Unfortunately – and hilariously – for Townsend,  he was rather beaten to the punch by a roving Liam Gallagher…

When Gareth Southgate missed THAT penalty at Euro 96, one of the first people to console him that night was…@Oasis‘ Liam Gallagher ?!! pic.twitter.com/QIOQkwBe4e

Whisper it, but we rather enjoy Townsend on the radio.