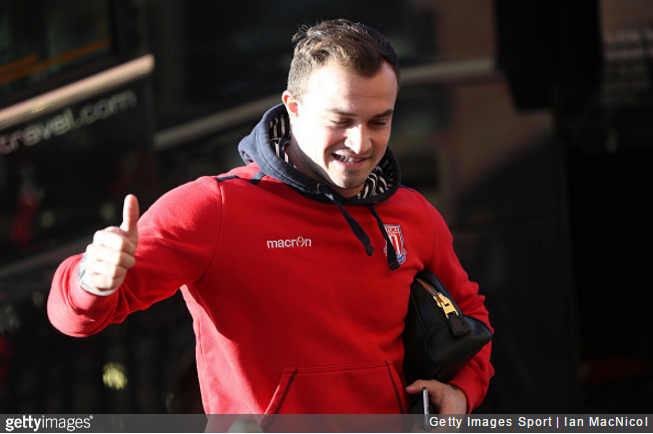 Having not featured for Stoke since January, Xherdan Shaqiri was keen to remind folks of his existence and as such posted a couple of highlights mustered during yesterday’s Switzerland training session.

With a qualifier against Latvia to limber up for, Shaqiri pulled a few stunners out of the bag, lashing home three stonking acrobatic volleys over the course of the afternoon…

Impressive athleticism, especially for a bloke with no discernible neck.