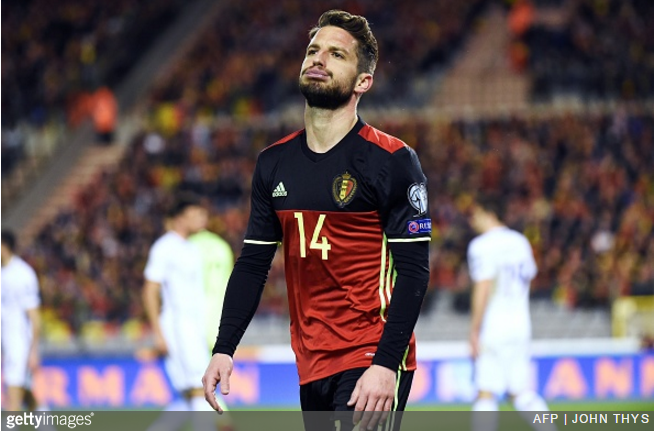 Saturday night’s World Cup qualifier between Belgium and Greece was a feisty old affair, with the away side ultimately finishing the night with nine men on the pitch.

The game also saw a blizzard of yellow cards administered throughout, though you’ll have to go some way to find an infringement weirder than the one that landed Dries Mertens in the book.

With an hour played, Mertens was became embroiled in a minor squabble with Greece defender Giorgos Tzavellas, only to settle the argument with a guerrilla nose tweak…

Yep. We don’t have a Scooby Doo either.

It’s all in the timing.